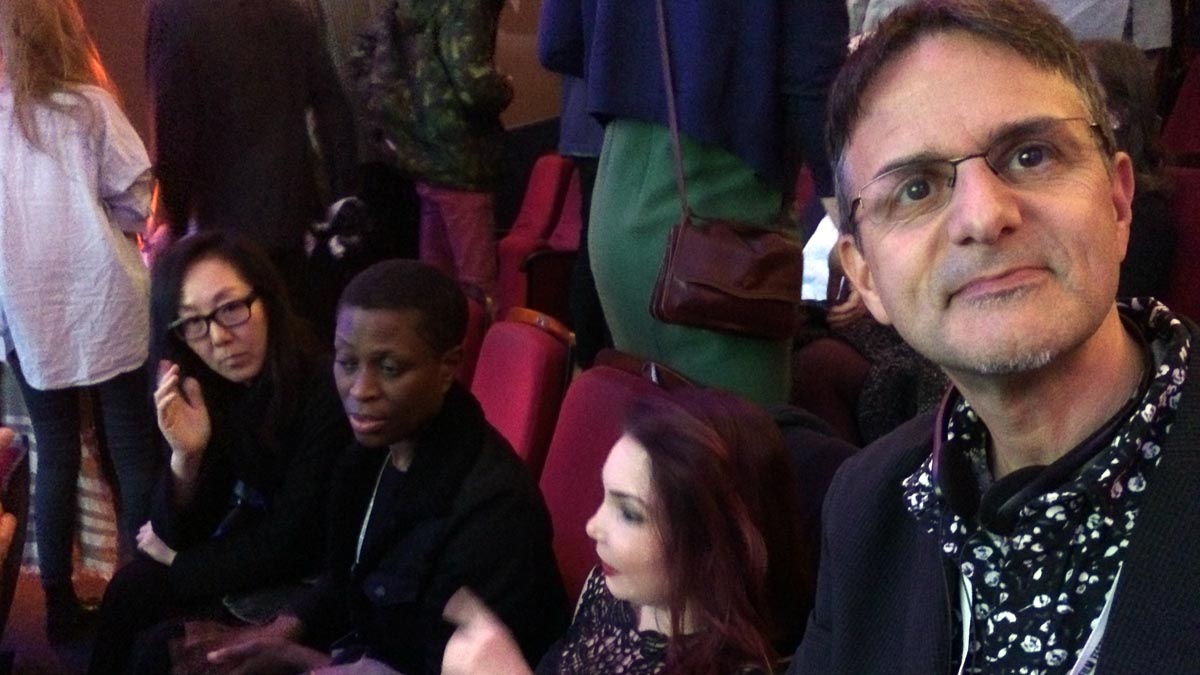 This year the Filmfest Dresden started a new project on optimizing accessibility for disabled people in front of and behind the camera, Michael Achtman who led a first workshop tells us details about his work, his perception and visions about AF.

Accessible filmmaking became one of the foci on a film festival for the first time. You were invited by

the Filmfest Dresden to lead the first workshop on this topic. With success, how to hear. How did you get to this relatively new subject and what experience influenced you the most?

My involvement with disability arts and accessible arts came about by chance. I was collaborating with Alex Bulmer, a blind filmmaker and we came to London from Canada together to do some research at the archive of the London Disability Film Festival which today is no longer running. Through Alex and through my work at Graeae Theatre, I became involved in disability arts and met a lot of deaf and disabled artists, actors. I dramaturged and directed a solo performance, Fat, by Pete Edwards, a writer-performer with cerebral palsy, and I have created audio description for numerous films, videos and live events. I have also worked a lot with other disabled artists as a dramaturg on plays, live art and video installation projects.

The filmfest look and roll in Basel presented you the Director’s Special Award in 2016. That is one of the awards your shortfilm AWAKE brought. Two blind actresses, Alex Bulmer and Margo Cargill, show powerfully how inclusion can work in everyday life. You are focused on Accessible Filmmaking?

Because of my low budget way of filmmaking, I tend to do a lot of jobs myself including editing and art directing. My main roles are writing and directing, but I have had to pitch in on the producing side as well. I would like to work with more film industry professionals and share the process and philosophy of accessible filmmaking - usually people are very interested and keen to work this way.

My way of creating an accessible filmmaking process starts with communication – as a director or producer you should sit down with your team before the process starts and try to find out what everyone needs to work at their optimum level. And then you put strategies into place on an individual basis, such as having support workers on set, the script in various formats, or taking enough breaks when people need them. 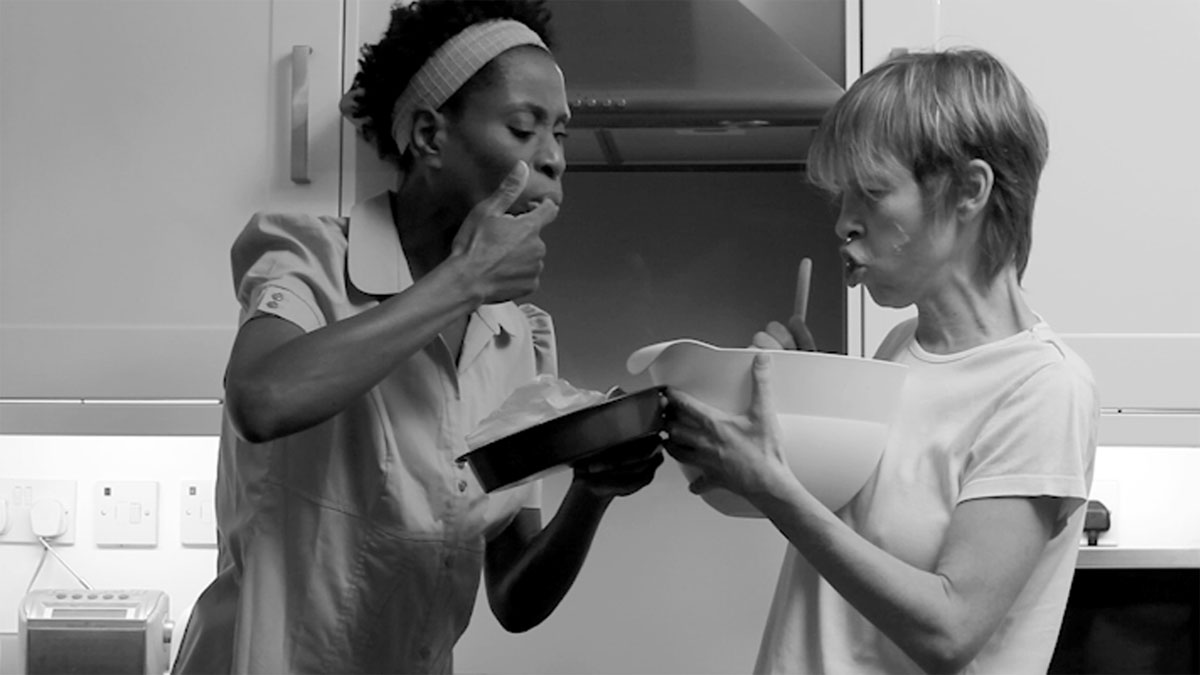 Could real personal handicaps be advantageous for an art director?

I think in cinema what is interesting is unique and individual stories. I think that deaf and disabled people have not been given much opportunity in the past to express their stories, so there is wealth of possible films that could be made from perspectives that haven't been seen before which would be very interesting to the general public. Most films involving disabled people either show them as heroes or victims, and focus on their impairments. There are not many films where they are simply presented as people who have the same problems, dramas, situations and issues as everybody else.  So to see that is interesting because it’s fresh and hasn’t been presented in those ways before.

Digital synchronization is on the way to replace by transferring lip movement into subtitles. A danger for professional speakers to lose tasks? Which fields of actions could remain?

I think if we can automate the subtitle/caption process then subtitled films would become more widely available - so that's a good thing. I think we will still need humans to oversee the work since you still need to understand the context of what is said; for example, computers have trouble differentiating between two words that sound the same but have different meanings. Also with audio describing I think it will be a long time before that can be done by computers – it is an art in itself that requires decision making and subjective judgment - but who knows!

How should accessible filmmaking look like for people in front of and behind the camera? Is there a chance to let the audience participate in a better way than nowadays?

Accessible filmmaking takes a very individualised approach. The process can be similar - you spend some time with your cast and crew in advance and try to envision what would be the best way of working that includes provision for everyone's access requirements. But the solutions are very specific to those people, and you have to be creative and sometimes think on the spot, even once things have been prepared. Specific adaptations can be made in terms of how long people can work, due to fatigue and pain issues, for example. Sets that are accessible for wheelchair users. Support workers on hand to assist people who need it. Those kind of things.

In terms of audiences, there is still limited access to subtitled and audio described films. For example, in the UK, audio description for films produced in English is becoming more widely available. But it's almost impossible to find foreign language films that are audio described. So if you're blind, no Fellini, no Bergman, no Almodovar. That's just not right!

Hopefully things will change, and there are some user-led audio description websites that are promising.

Thank you, Michael. We wish you the best. 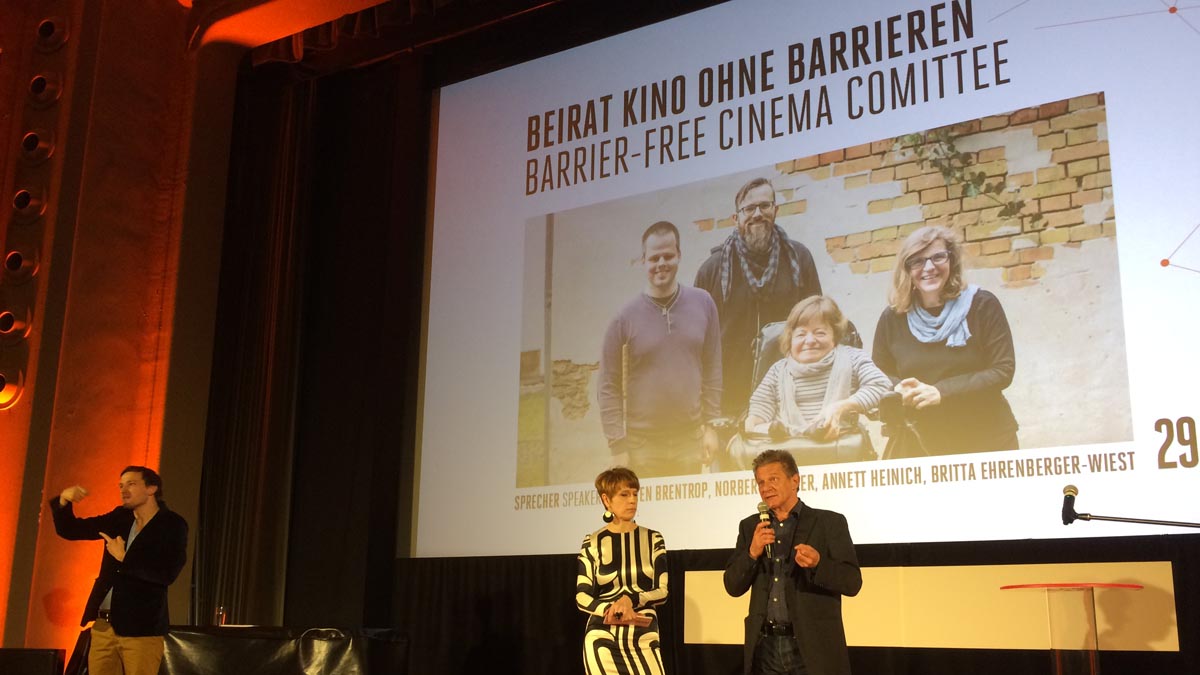